Bruce Aylward, assistant director-general of the World Health Organization, led a team to Wuhan over the weekend and paid tribute to the city at the center of China’s fight against the COVID-19 outbreak: “The people of that city have gone through an extraordinary period and they’re still going through it.”

In this series, we are publishing anecdotes by TWOC staff and friends that showcase what they love about the city, as a reminder of Wuhan before the virus outbreak: Part 3 of the series is published below. Send us your own on social media or by emailing editor@theworldofchinese.com!

Wuhan is the city where I grew up. Before I moved to Beijing, I lived there for almost 21 years. Wuhan was originally three separate cities, and I have lived for a long time in each of them: My home is in Hanyang, my high school is in Hankou, and the university I attended is in Wuchang.

During the Spring Festival of 2016, my language partner Kashav, an Indian student, and his Japanese friend visited me in Wuhan for the first time. I showed them around Wuhan University and the Chu River Han Street. Wuhan is not as diverse or international as Beijing or Shanghai. When they spoke Chinese with me at Wuhan University, people around us immediately stared with curiosity, saying, “Look at that foreigner speaking really good Chinese!” 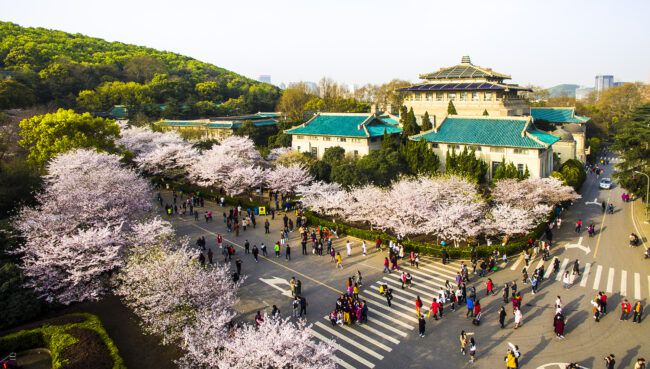 Slightly embarrassed by the attention, we switched back to speaking English at once. But I was glad to hear them say that Wuhan university is the most beautiful university they have ever been to in China.

Later, they showed me a photo they had taken of a wall in a residential complex in Wuhan, on which it was written, “You should die if you dump your trash here!” This made them laugh a lot as an example of the Wuhanese’s famed boldness and directness of speech.

Wuhan is a river town. After we completed the college entrance exams in the summer of 2013, my high school class took a boat trip down the Yangtze River from Chongqing. At the last stop, Wuhan, we stayed at a guesthouse near the Hubei Institute of Fine Arts, which is among the top art schools in China.

It was my first visit to Wuhan. The rivers and lakes winding their way through the town added a sense of shining beauty and peace to central China’s largest city. At that time, I didn’t know I would spend the next four years with a Wuhanese roommate and get to better know the friendliness of the city’s people.

My roommate made phone calls nearly every night in Wuhanese dialect. But since the dialect isn’t very distinct and expressions are similar to standard Mandarin, my ears gradually got used to her tone, and I was able decode her warm concern for her family and friends back home. Almost every time she came back to our university from Wuhan, she would bring us gifts from her hometown. What impressed me most was the mung bean cake, which melted in my mouth and left a strong smell of beans—bakeries in Wuhan only offer it during the Duanwu (Dragon Boat) Festival. 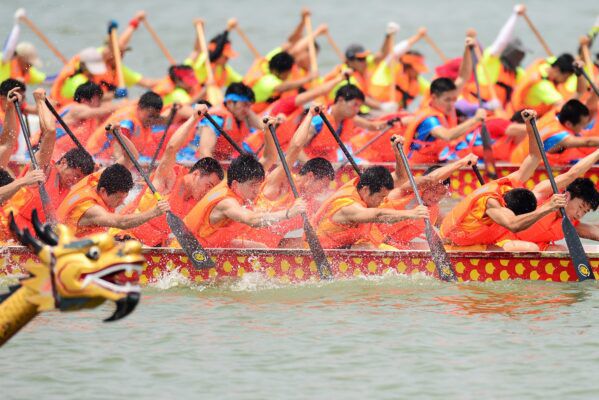 Indeed, the Dragon Boat Festival matters a lot to Wuhanese people. More than 2,000 years ago, Wuhan was a part of the Chu kingdom. Qu Yuan, one of the most famous poets and politicians of the Chu, drowned himself after the kingdom was invaded. In order to commemorate Qu Yuan, dragon boat races are held in Wuhan every year.

Another Wuhanese acquaintance of mine, Xu Xilan, graduated from Wuhan University and settled in Japan in the 1990s. During his spare time, he organizes dragon boat races in Japan. Most of his racing friends are Chinese, but there are also some Japanese. I asked him why he promotes such a traditional Chinese activity in Japan, and he answered, firmly and confidently, that it signifies Wuhan’s spirit and unites people “in the same boat.”

These days, Xu and his Hubei friends are looking for masks and other medical supplies all over Japan to send back to his hometown. Tons of donated supplies have been flown in to help the doctors and nurses in Hubei, who are all in the same “boat.”