On a long bus ride in Cambodia, the driver cranks the speakers. They begin to blare Taiwanese songstress Teresa Teng’s syrupy love song “Tian Mi Mi”’《甜蜜蜜》—except all the lyrics are in Khmer.

Song after song for four hours, the melodies were all-too-familiar: Next came a thrumming ballad from Beijing rock star Wang Feng, and then a smooth and seductive tune from Hong Kong singer and actor Andy Lau, both translated into the local language.

I hadn’t begun hearing things in the tropical heat: While Chinese pop, or C-pop, is a global phenomenon, many aficionados in Southeast Asia have adapted Chinese oldies into their own languages. Likewise, some Chinese pop hits have Southeast Asian roots.

A testament to enduring musical cross-pollination in the region, as well as the universality of love songs, these Chinese pop classics have lives of their own in Cambodia, Thailand, and Vietnam. Here are a few of the most famous examples: 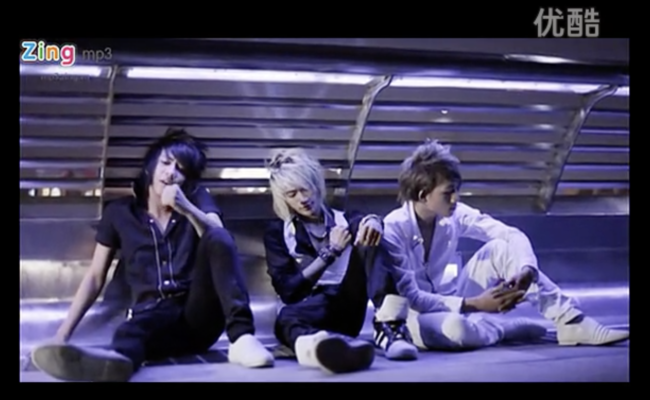 Still from music video for Them Một Lần Đau by HKT

The Chinese break-up ballad by Guangdong artist Chen Juan’er was adapted by post-90s Vietnamese alternative band HKT with a spicy music video, where the lead singer catches his female partner cheating on him, and tears and drama ensue.

HKT, which has released around 30 songs over four albums, has never quite broken into the Vietnamese mainstream, but the band have received a share of reverse-fame in China. Their Weibo account has attracted 60,000 followers and nicknames from Chinese netizens based on their eccentric and voluminous shamate hairdos.

On a Hunan CCTV variety show in 2013, the band was imitated by comedians, who are introduced in swiveling small-town salon chairs with a sign hanging on stage, “Shampoo-Cut-Blow, 15 Yuan.” Love to hate or hate to love them, HKT imbues Chinese songs with fresh angst and flair. 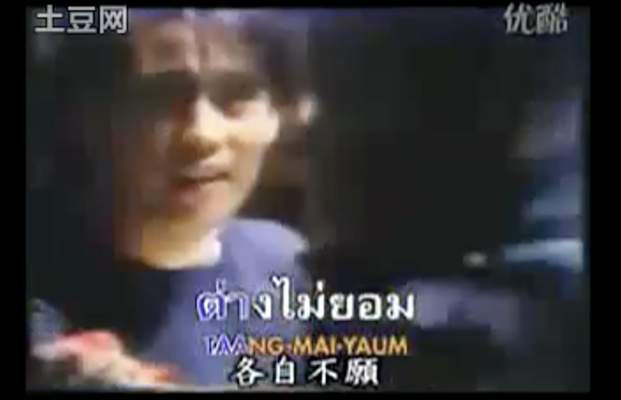 In stage performances, Grasshopper gave the Thai classic a dose of pizzazz, dressing playfully in glittering sequined suits or in ornate flowery shorts and velvet shoulder pads. Although the band members went their separate ways in 2000, their song “Lovelorn Alliance” continues to find new life: in 2015, It became the ending theme of the TV show Our Times《我的少女时代》, and the song was brought on stage for Jiangsu TV’s 2018 Spring Festival Gala.

The song is much beloved by its Chinese audience, many of whom mistakenly believe the Thai version is the cover, and are surprised to find it’s the other way around. 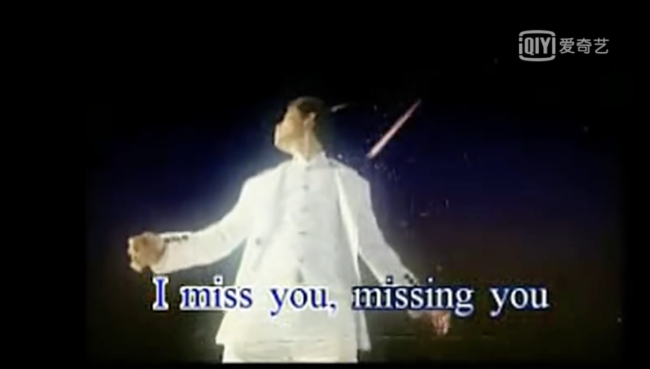 Preap Sovath, the Cambodian “king of pop” who has performed internationally and judges for Cambodia’s Got Talent, has done a cover of “Mouse Loves Rice,” translating the lyrics into Khmer, save for a chorus translated into English: “I love you, loving you, so as the mouse loves rice.”

Some attribute Cambodia’s music “copycat culture” to the dearth of a national music scene after the decimation of contemporary musical culture under the Khmer Rouge (1975 – 1979). In a sweep that sought to destroy traditional Cambodian culture, artists and musicians were targets of reeducation campaigns that killed an estimated one in four Cambodians. Musical instruments have their own special character, in more than one sense