With two Golden Lion awards, one Golden Bear, three nominations for Best Foreign Language Film at the Oscars, and directorship of the opening ceremony at the 2008 Beijing Olympics, Zhang Yimou hardly seems likely to run afoul of China’s film censorship by the fourth decade of his illustrious career.

Yet One Second, the director’s self-written meditation on the Cultural Revolution, was delayed almost two years after it was scheduled to premiere at the Berlin Film Festival in 2019, appearing to Chinese audiences only at the end of November 2020. It was ostensibly removed from the program due to “technical reasons,” but as no details were ever given, there was wide speculation that the film’s sensitive content was to blame.

Zhang Yimou, who experienced the Cultural Revolution himself, tells the story of Zhang Jiusheng, a convict who is sentenced to reform-through-labor. Zhang Jiusheng escapes from his labor camp to watch the screening of the film Heroic Sons and Daughters, as his deceased daughter appears in a one-second shot in a news briefing before the movie.

There, he meets Liu Guinü, an orphan who wants to steal the film reel in order to pay off her brother’s debt, and Fan Dianying, the projectionist, who considers cutting out a frame of the film to give to Zhang Jiusheng due to the guilt he feels for putting politics over his own son’s life.

According to Zhang Yimou, the death of Zhang Jiusheng’s daughter was originally shown onscreen, but deleted in the final cut of the film. Other references to the decade were removed, leaving only the posters on the wall, the names of the revolutionary masses, and the red armband of the Security Department to hint at the political context.

The film’s three protagonists, Fan, Liu, and Zhang (left to right), are all victims of the era in different ways

Although the marketing slogan for One Second is “A love letter to movies,” mainstream Chinese film critics have widely interpreted the film as “scar literature” Zhang Yimou has written about himself. During this literary movement of the late 1970s and 1980s, writers came to terms with the traumas of the Cultural Revolution by depicting them frankly. The film has been compared with To Live (1994), which won the 47th Cannes Film Festival Jury Award and was once considered Zhang’s best work, due to its similar setting and stark portrayal of the human costs of the era.

The period from 1967 to 1976 was nightmarish for many Chinese literary and arts practitioners, who saw their works repudiated. However, it is also the creative source of the “Fifth Generation” of Chinese directors, including Zhang Yimou, referring to a group that studied at the Beijing Film Academy in the 1980s and shared experiences during the Cultural Revolution, such as laboring in the countryside and serving in the military, before starting their careers just as the reform period began. Their works are characterized by their humanity, reflecting the larger historical background in the desires and struggles of individuals.

However, reviews of Zhang Yimou’s movies since the 21st century seem to suggest he has lost this touch. Before One Second, his recent works have been criticized for pandering to the market, compared to his more daring early oeuvre since becoming an independent director in 1987. A Simple Noodle Story (2009), a remake of the Cohen brothers’ Blood Simple (1984), was panned as a commercialized comedy, and The Great Wall (2016), featuring superstars Matt Damon and Andy Lau, was beset by criticisms of whitewashing and catering to Hollywood.

The three main characters of One Second are all looking for film. But none of them love movies: Zhang Jiusheng just wants to see his daughter’s last image, Liu Guinü covets the tape’s commercial value, and Fan Dianying seeks to atone for his guilt toward his son.

But there is still one person who loves movies, and that is Zhang Yimou. At the age of 70, he has returned to his roots with a meticulous portrayal of the fate of individuals intertwined with the circumstances of their time. So, too, does he use film to depict other people’s love and memories of movies: Workers carrying long benches and riding bicycles over long distances to catch a rare film showing, and everyone gathering to rescue the bits of tape from the ground when the reel breaks. One cannot help but believe that Zhang Yimou still holds the highest respect for cinema.

As technology advances, the film reel’s days may be numbered. Yet the old medium is also a metaphor: If any part of the reel is removed, the film will no longer be complete. One Second is Zhang’s farewell to a fading mode of film, his first love. 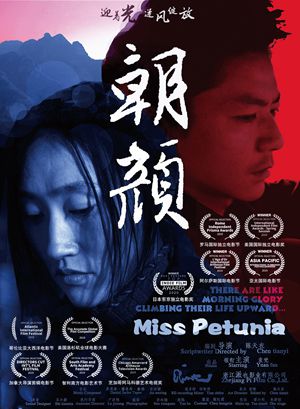 In rural Hebei, Li Bayue (Yuan Fan) buries her dream of going to university and becoming a lawyer under the pressure to get married from her father. When she loses her husband in a medical accident, leaving a young daughter behind, Bayue set out on a journey of self-awakening. Her crush from high school turns up after losing touch for many years—will he bring the life she always wanted? The beautiful scenery and vivid depiction of the daily life in the northern Chinese countryside is a draw for the audience. 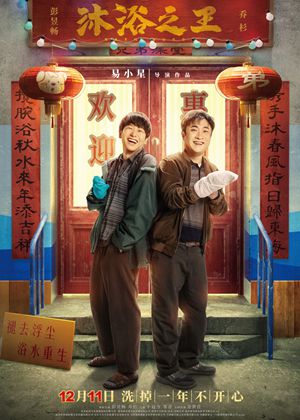 This lighthearted comedy centers on communal bathing culture in modern China. Zhou Donghai (Qiao Shan) is a scrub masseur in a small public bathhouse, practicing a dying trade. He clashes with Xiao Xiang (Peng Yuchang), the arrogant scion of Bathingham Palace, the biggest chain in the bathing industry. When Xiao loses his memory in a skydiving accident, Zhou decides to teach him a lesson in humility—by pretending to be his rival’s older brother. The two join efforts to save Zhou’s small bathhouse, while Zhou tries to keep the truth from coming out at all costs. 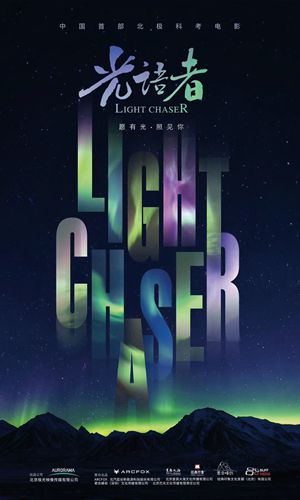 Space physicist Liu Yang documents his one-man science expedition on Spitsbergen Island in Norway from 2017 to 2018, living and working through 120 polar nights. Stationed in a small town of 30 people, mainly other international scientists, Liu is challenged by loneliness like everyone else in this secluded community. But the world of ice and snow has a lively side, too, with Arctic wildlife, the unique culture of the local residents, and the breathtaking view of aurora. 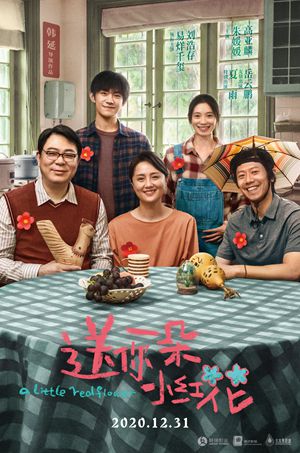 Teenaged Wei Yihang (Yi Yangqianxi) shuts the world out, despite loving parents and concerned friends, knowing his cancer may relapse one day. This is until he met Ma Xiaoyuan (Liu Haocun), a cheerful fellow cancer survivor who forces Wei out of his shell. The two dream of traveling, but make do with urban alternatives—finding the Sahara Desert in a sand-filled construction site, pretending to explore the Antarctic in a cold storage warehouse—while learning about how to face life from each other and the people around them. – Liu Jue (刘珏)

Master’s Return is a story from our issue, “You and AI.” To read the entire issue, become a subscriber and receive the full magazine. Alternatively, you can purchase the digital version from the App Store.