For over a decade, The World of Chinese has been offering modern Chinese-language instruction from street talk to social phenomena tocharacter tales. With 129 officially recognized dialects (方言), though, we have barely scratched the surface of everything there is to learn.

When visiting southeastern China, and diaspora Chinese communities around the world, one may well hear the Hakka dialect. Referred to as kejia (客家, “guest families”) in Mandarin, the Hakka people migrated from China’s north to the south over many centuries, and are now settled mainly in Fujian, Guangdong, and Jiangxi provinces, with sizable overseas populations in Malaysia, Thailand, and Indonesia.

The Hakka language family, one of the seven major regional dialects of Chinese, is often considered a “living fossil” of ancient Chinese from the Central Plains, retaining certain characteristics of pronunciation from the older language. Spoken by an estimated 96 million people as of 2019, Hakka is not mutually intelligible with Mandarin, Yue, Wu, Min, or other branches of Chinese, though northern varieties of Hakka are sometimes understood by speakers of southern Gan dialects in Jiangxi province. 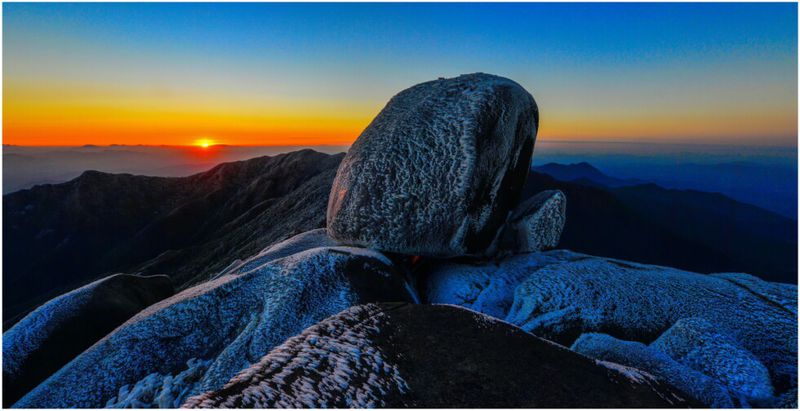 Being primarily used in scattered and secluded regions, where communication may be limited to the local area, Hakka has developed numerous regional branch dialects within itself in places such as Guangdong, Guangxi, Hainan, Fujian, Sichuan, Hunan, Jiangxi, Guizhou, Hong Kong, and Taiwan, as well as countries such as Singapore, Malaysia, and Indonesia. Among these, the Meixian variety spoken in Guangdong’s Meizhou—the “capital” of the global Hakka diaspora—is generally recognized as the standard.

Some features of language are shared between the various Hakka dialects:

Hakka phrases are often in the reverse order of their Mandarin counterpart.

“We will have guests in the afternoon, so cook more dishes”
“当昼有人客，煮多两样菜” (Hakka)
“中午有客人来，多做两道菜” (Mandarin)

“Stop talking so much, you won’t lose out”
“讲少两句，唔会输人” (Hakka)
“少说两句话，不会输给人的” (Mandarin)

Though they share features, regional varieties of Hakka may not even be mutually intelligible with one another. Often, location is the main factor that determines intelligibility. Today’s native speaker, Ms. Deng, hails from Wuping, a county in Longyan city, Fujian province, where 75 percent of inhabitants are Hakka. The Wuping dialect is intelligible to speakers from neighboring counties and cities, including Meixian, which is just over the border in Guangdong:

When asking if someone has something, the noun is enclosed between 有 (have) and 冇 (have not). The equivalent in Mandarin would be, 有没有__ or 有__吗.

Hakka share some words with Cantonese and other dialects, such as Southern Min. For example, 锁匙 for “key” (钥匙 in Mandarin) and 唔 for the negative particle (不).