The gaokao, China’s high-pressure national college entrance exam, is already notorious worldwide for the grueling study it demands for success—but some schools take preparation to another level.

Maotanchang High School in Lu’an, Anhui province, has been hailed as a “gaokao factory.” It is known as one of the strictest, and best, in the country when it comes to preparing teens for the life-changing tests.

At Maotanchang, students begin class at 6:20 a.m. with 45 minutes of morning reading, followed by a full day of eight classes, and three-and-a-half hours of evening self-study, ending at close to 11 p.m. 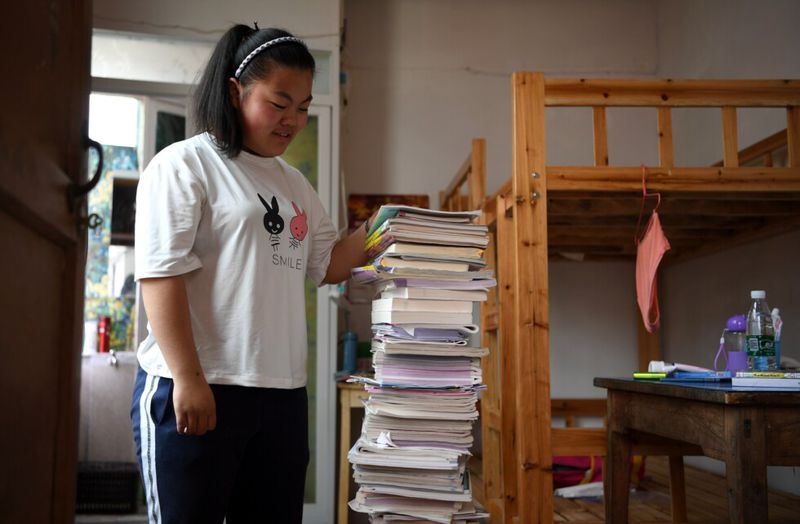 Students at Maotanchang are well-known for spending nearly all of their waking hours on study. “The studying is very intense. Every day, there is homework and exams,” a student surnamed Guo told The Paper. Guo spends 14 to 15 hours a day studying, and is encouraged by teachers to catch up on sleep during the short break between classes.

Teachers, too, are under pressure to make their students succeed, and often compete with other classes for test results. This encourages strict classroom discipline: even a small decline in academic performance can result in penalties for the student, including writing self-criticisms, being forced to stand during the morning reading, or even corporal punishment.

The high pressure and strict regimen has seemingly worked for Maotanchang, which produces college matriculation rates. Of the 10,000 students it sent to undergraduate courses in 2019, 2,786 were admitted to top-rated universities, and 4,793 were admitted to “second tier” universities. The enrollment rate in science and liberal arts majors were 95.5 percent and 68.4 percent, respectively. By comparison, the undergraduate enrollment rate was less than 35 percent for Anhui students as a whole. Understandably, families go to extraordinary lengths to enroll their children at Maotanchang. One student, Zhao Meng (pseudonym), who was previously addicted to video games, was transferred to Maotanchang by his parents, according to The Paper. His family paid 20,000 RMB to an agency to get Zhao into the school—a vast expense for a household that earned around 100,000 RMB a year. Zhao’s grandmother accompanied him to Lu’an, and prays every night for her grandchild to be admitted to college.

In a CCTV documentary, Gaokao, student He Fei is pulled out of the school dormitory at Maotanchang because her family felt the noisy environment distracted her from study. Though they can barely afford rent, He’s parents rent an apartment nearby for her and her grandmother, who moves in to take care of the girl while she studies. Another parent, who is disabled, rents a room of just 20 square meters to be near her son while he studies at Maotanchang. 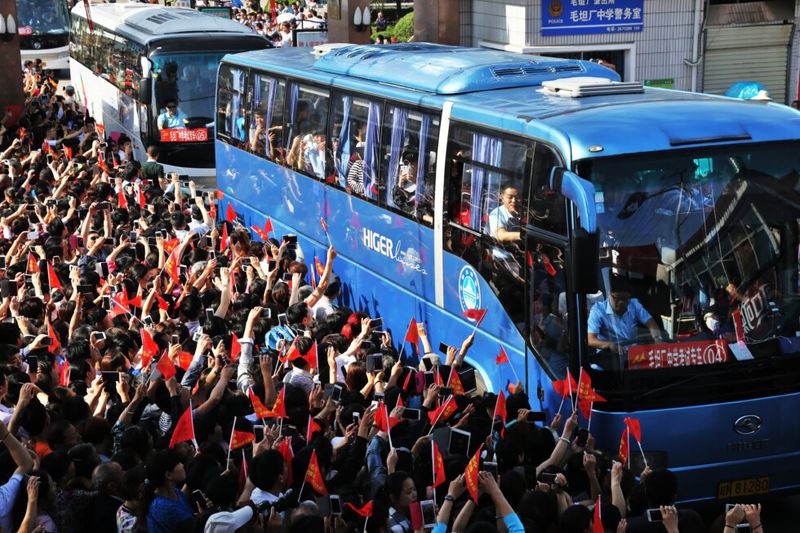 Maotanchang’s reputation for gaokao success has made education a vital pillar of the local economy. The town of Maotanchang has 4,000 permanent residents, but its total population is doubled by the many families that accompany their children to study, a practice known as peidu (陪读). Around 90 percent of the county’s fiscal revenue comes from education-related activities. Rent and living expenses for a peidu family can reach 100,000 RMB a year, a huge cost in a relatively poor province.

The school’s reputation has also become part of the culture in Lu’an, which hosts holiday-like celebrations during the gaokao period. An ostentatious motorcade takes students to the city for their examinations, as parents and local residents line the streets to see them off.  To bring students good luck, the motorcade sets off at 8:08 in the morning, as the pronunciation of “eight” resembles “fā (发),” meaning good fortune. The first coach uses a license plate with the numbers “91666,” a homophone of “jiù yào liù liù liù (就要666)”—666 is another lucky number. The driver must have the surname of “Ma (马),” as this is associated with the idiom “win instant success (马到成功).”

Schools such as Maotanchang have been criticized by some for emphasizing scores at all costs, as the government and other schools around the country have begun to encourage more well-rounded education for students. But in an underdeveloped region like Maotanchang especially, the gaokao remains the most important few days of a student’s life. As a banner flying in the school grounds reads, “Past these doors, everything is for the gaokao.”