“Lovely bamboos cover the north and south mountains/ There’s green as far as the eye can see./ We set off with hoes in twos and threes/ And return sated on the shoots we eat,” goes Wang Mulan’s “Shimen Bamboo Poem” from the late Qing dynasty, describing a yearly pastoral scene of bamboo-picking in late spring. 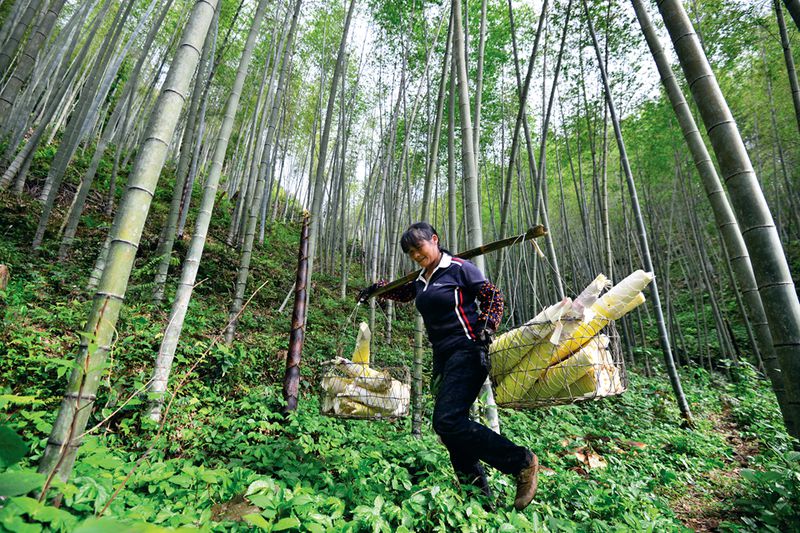 The moso bamboo, or maozhu  (毛竹), is a giant bamboo native to China that can grow up to 28 meters in height. Its edible shoots, known as maosun (毛笋), are a delicacy prized for their large size and chewy texture, and are harvested during a precise window between the Qingming Festival and Guyu (“Grain Rain”) period, which marks the end of spring in the Chinese calendar.

Each year during this time, farmers from Jiangjun village, Fujian province, make daily trips up the mountain to collect this bounty of spring. The 500-mu (82-hectare) bamboo forest can be reached from the village by a three-kilometer backcountry drive. “The dirt road was narrow, with steep sides. Since it had just rained a few days ago, the bumpy ride was just like a rollercoaster,” photographer Li Guochao, who rode along for the journey, wrote in a blog post. 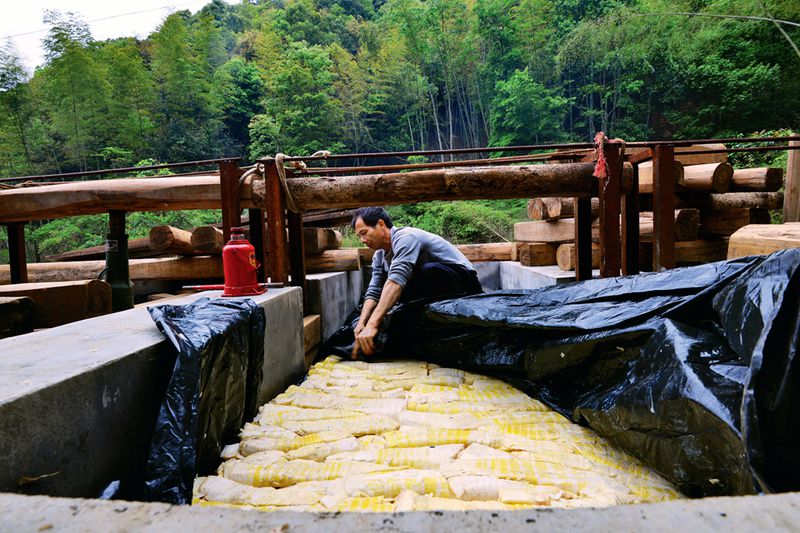 The farmers rent the bamboo grove collectively from the village

On arrival, the farmers take stock of their options: Shoots that are too short get to live for another day, while those already too tall are left to grow into mature bamboos that will be cut in the fall for use in textiles and other products. As for the shoots that are just right, the farmers dig them out with hoes, strip away their bark, and toss them down to the truck. Another winding trip down the mountain brings these golden shoots to the village’s processing plant, where they are cut in half and boiled. The shoots are then washed in a nearby spring, and baked in an industrial oven.

It’s not as romantic as the old days, when every family would dry the shoots on a woven basket on the roofs of their homes—but to the smiling farmers, toting their giant harvest in one hand and their day’s earnings in the other, it’s probably just as satisfying. 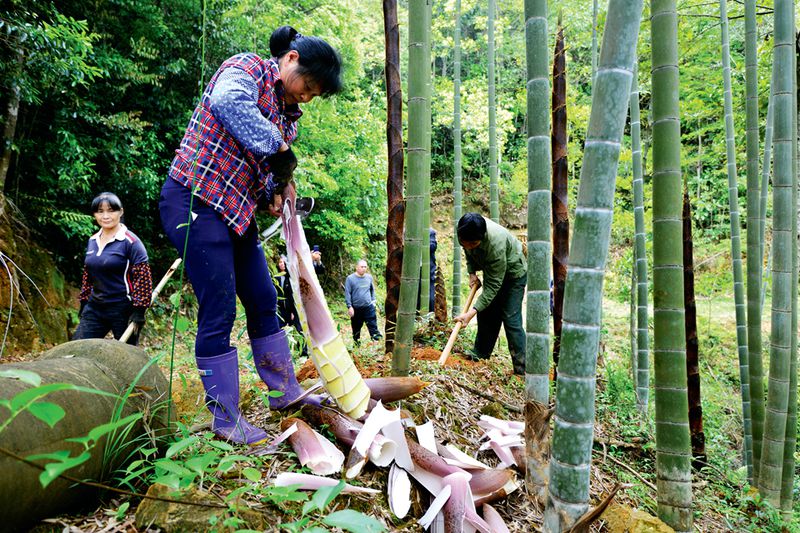 After one shoot is cut down, another shoot will usually grow within a week in the same spot 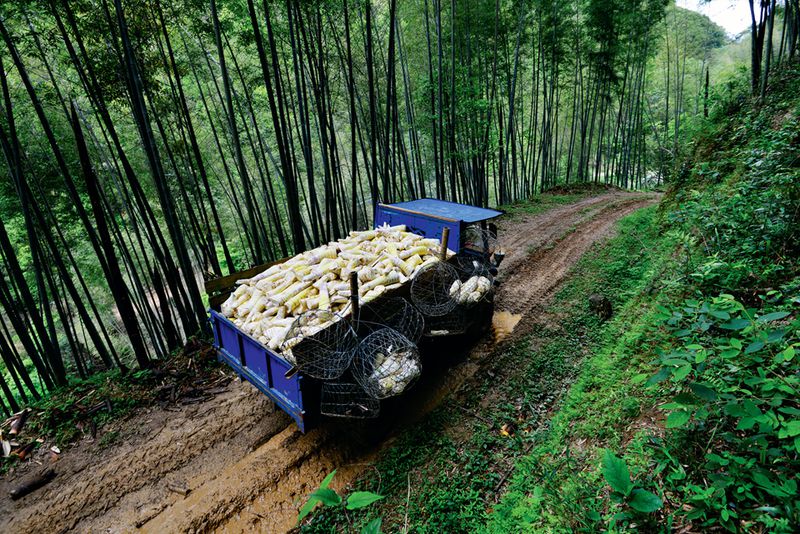 It takes a whole morning to harvest one truckload of shoots 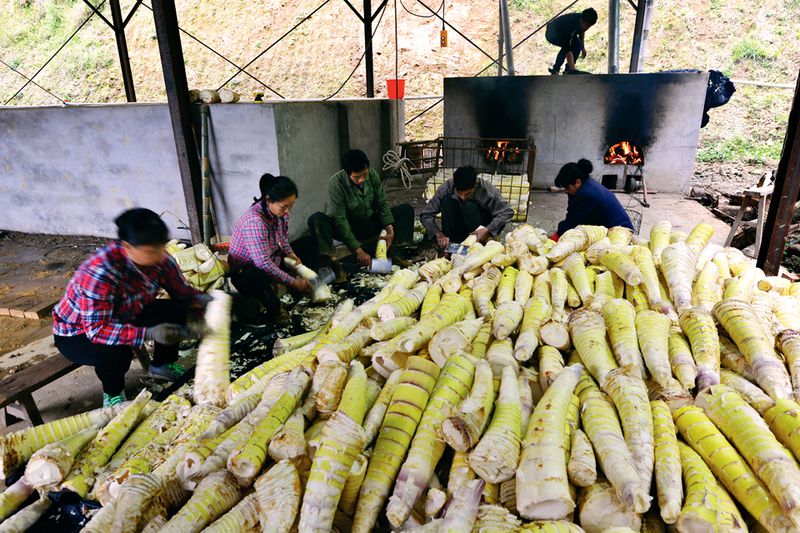 Farmers can collect over 20,000 kilograms of shoots per year 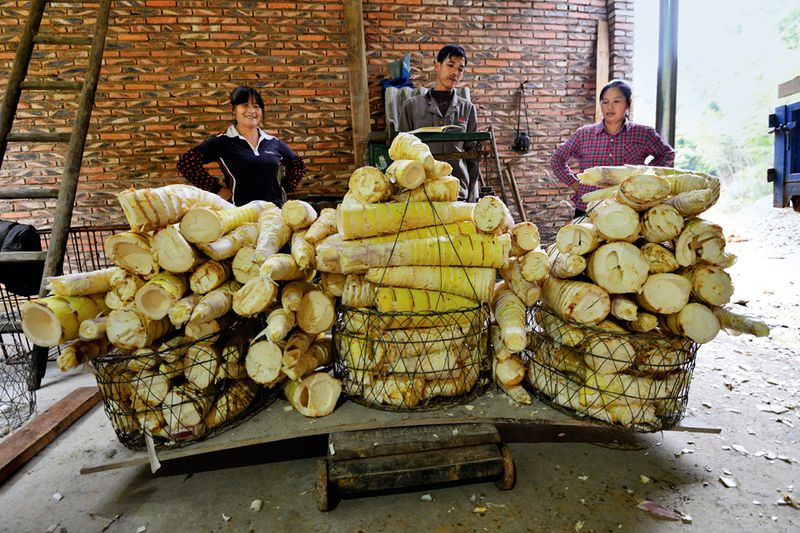 Moso shoots can grow up to 1 meter per day 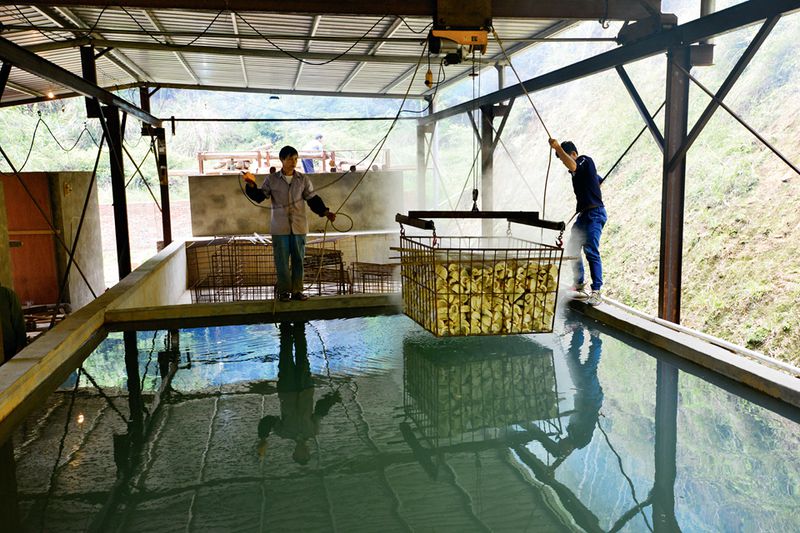 After the shoots are weighed and cut, they are steamed for one hour

Bamboo Bounty is a story from our issue, “Contagion.” To read the entire issue, become a subscriber and receive the full magazine. Alternatively, you can purchase the digital version from the App Store.