Complexity and change. Land of contrasts and extremes. These are words typically invoked when China’s storytellers are pressed to come up with a definition of the country, and few people showcase these descriptions better than Huang Ruide, a Guangdong-based freelance photographer whose work TWOC has consistently featured since 2019.

Huang began taking photos in 2010, but he formerly worked in water conservation and news journalism. He tells TWOC these jobs allowed him to travel around the country and trained him to “quickly identify happenings and capture the truth.” His work focuses on folk customs and cultures in Guangdong, Guangxi, Yunnan, and other southern regions of China. In 2020, he published on his WeChat blog a collection titled “Most China,” showcasing 33 photos from his career capturing moments that he felt best represented the country. “Everybody has their own understanding of what most represents China. My understanding consists of what’s traditional, unique, the earliest, most numerous, most local, most quintessential, and the best,” Huang writes in the blog post describing this series. But he concludes, “there are many more things that are ‘Most China’ that I have not yet seen, or ever thought of.”

With this in mind, TWOC has launched the “Most China” photo contest. We’ve republished a selection of photos from Huang’s series for inspiration, and invite our readers and photographers from around the world, whether you pursue photography as a hobby or a career, to send us work that you feel showcases one of China’s extremes, or simply captures your own feeling of what best represents the country. “Enter the Dragon”: A dragon boat sets off at the start of the race during the Duanwu Festival (Jieyang, Guangdong Province, May 2017)

A panel of experienced text and visual editors and photographers will judge each submission on its originality, technique, storytelling ability, and interpretation of the contest’s theme. No submissions with political themes, please, or commercial work advertising a business or a product.

To submit, send your photos to marketing@theworldofchinese.com in high quality (maximum 10 MB) with your full name, phone number, email address or WeChat ID, and Instagram handle (if you want to be tagged). You may include an optional caption of up to 30 words for each photo as a separate attachment. Alternatively, upload your work onto Instagram, Google Drive, Flickr, Visura, or an online photo-sharing service of your choice, and send the URL to marketing@theworldofchinese.com along with your contact information.

All photos must be taken in China or an overseas Chinese community between 2017 and 2022. By submitting, you acknowledge that this is your original work and you have the right to distribute it. Should your work be selected as one of the winners, you grant TWOC the right to republish it on all its print, digital, and social media platforms. One winner and one runner-up each will be selected in the “China” and “Overseas” categories, and they will get their winning entries published in our magazine along with a cash prize (1,000 yuan for the winner, 500 yuan for the runner-up) and one year’s subscription to our print and digital magazine. The deadline for submission is July 31, 2022, and the results will be announced in September. “Dialogue With History”: A boy interacts with a mask an opera mask at the Cantonese Opera Mask Museum (Foshan, Guangdong Province, May 2017) 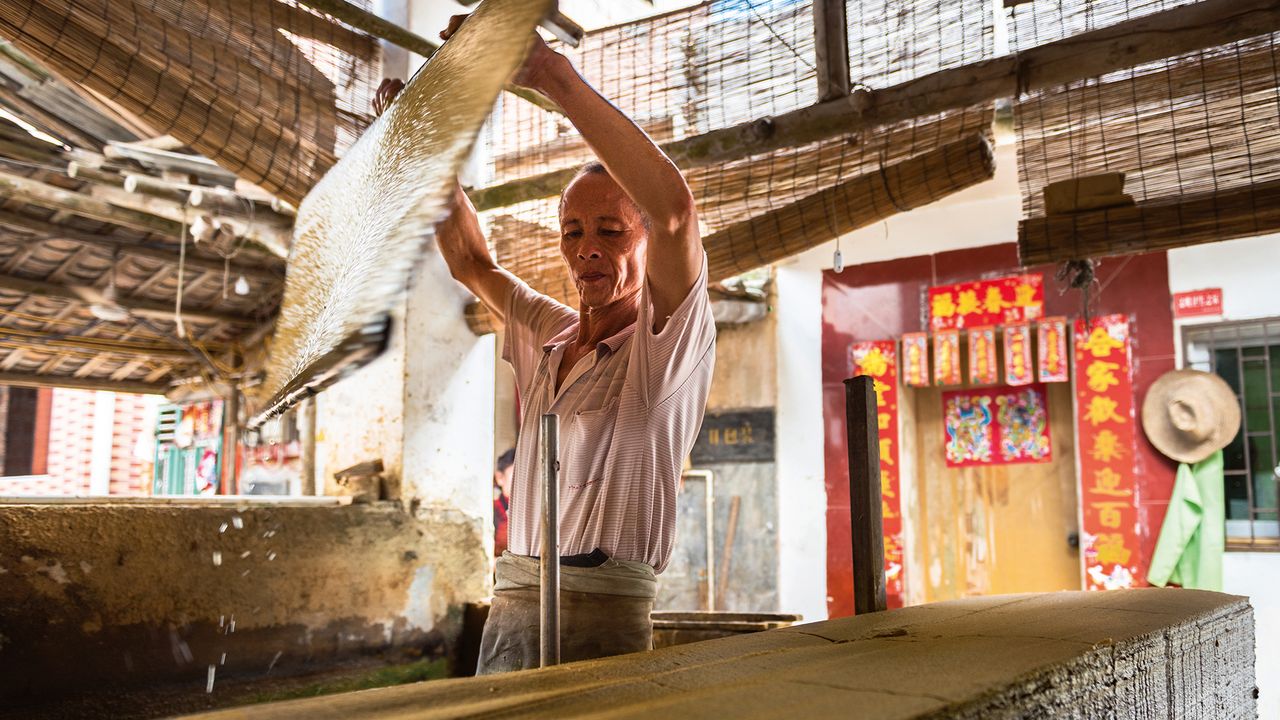 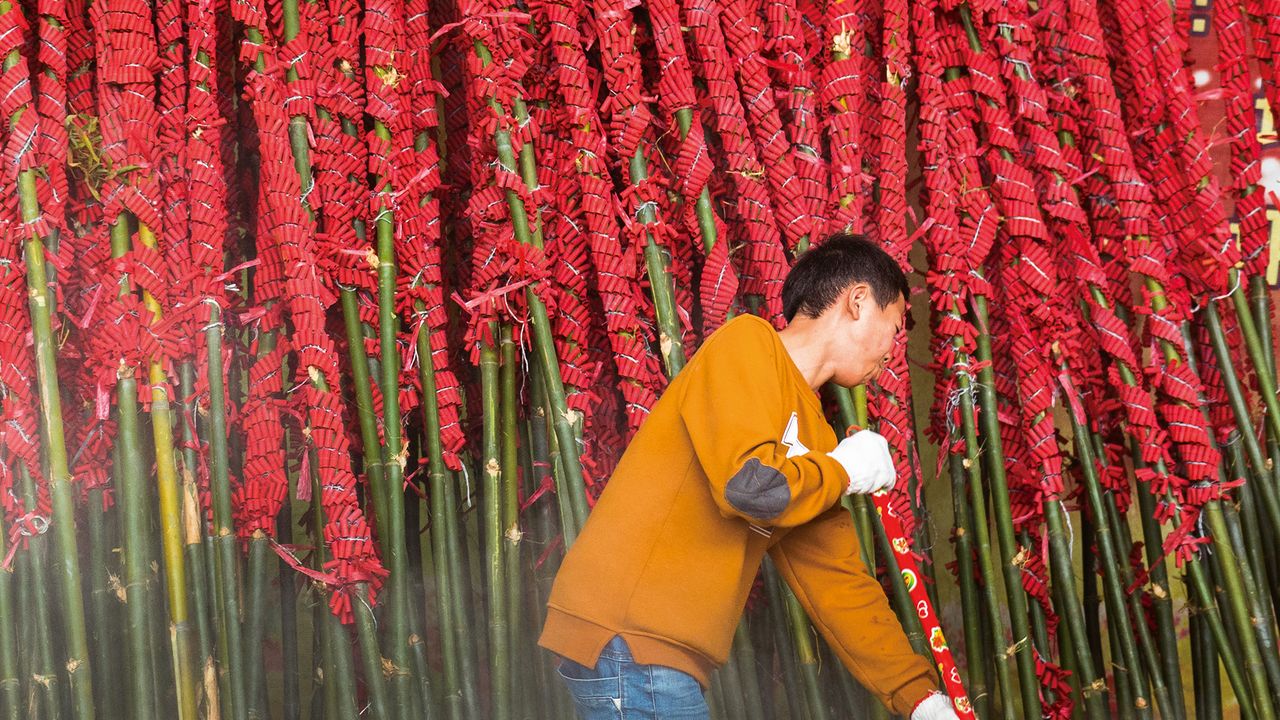 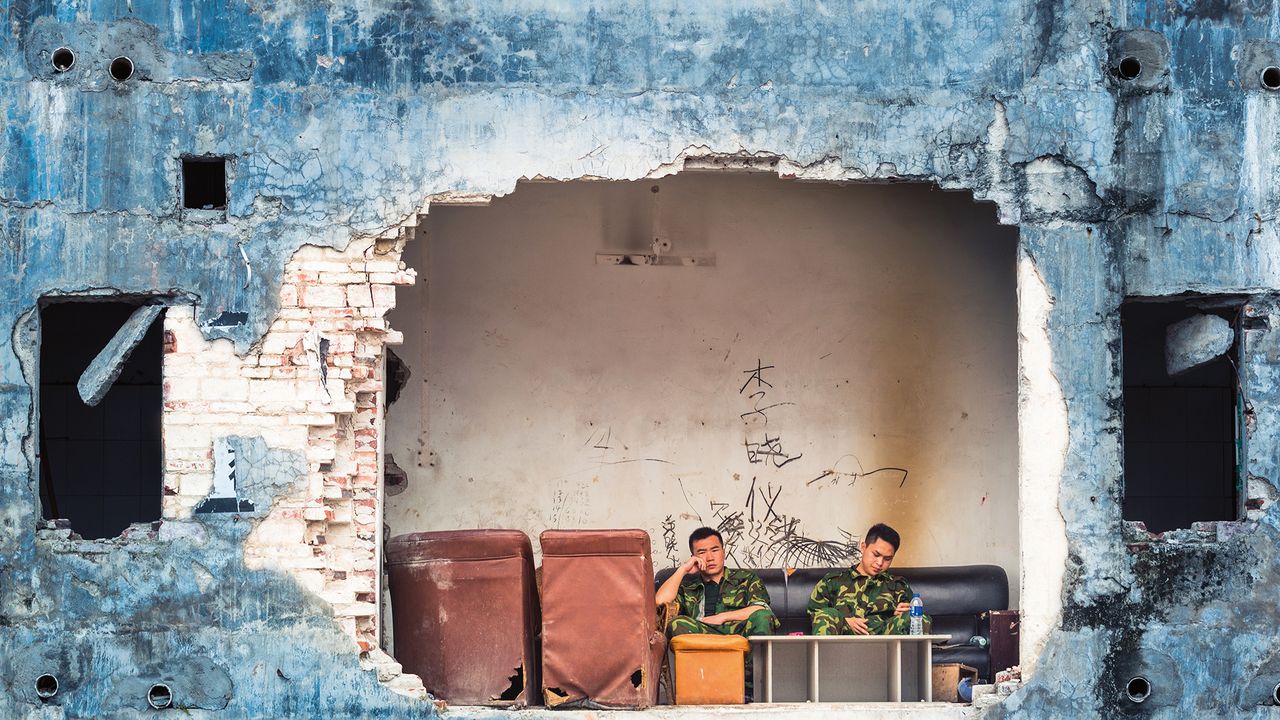 “Hole in the Wall”: Demolition and Renewal is a quintessential experience of modern China (Guangzhou, Guangdong Province, March 2013) 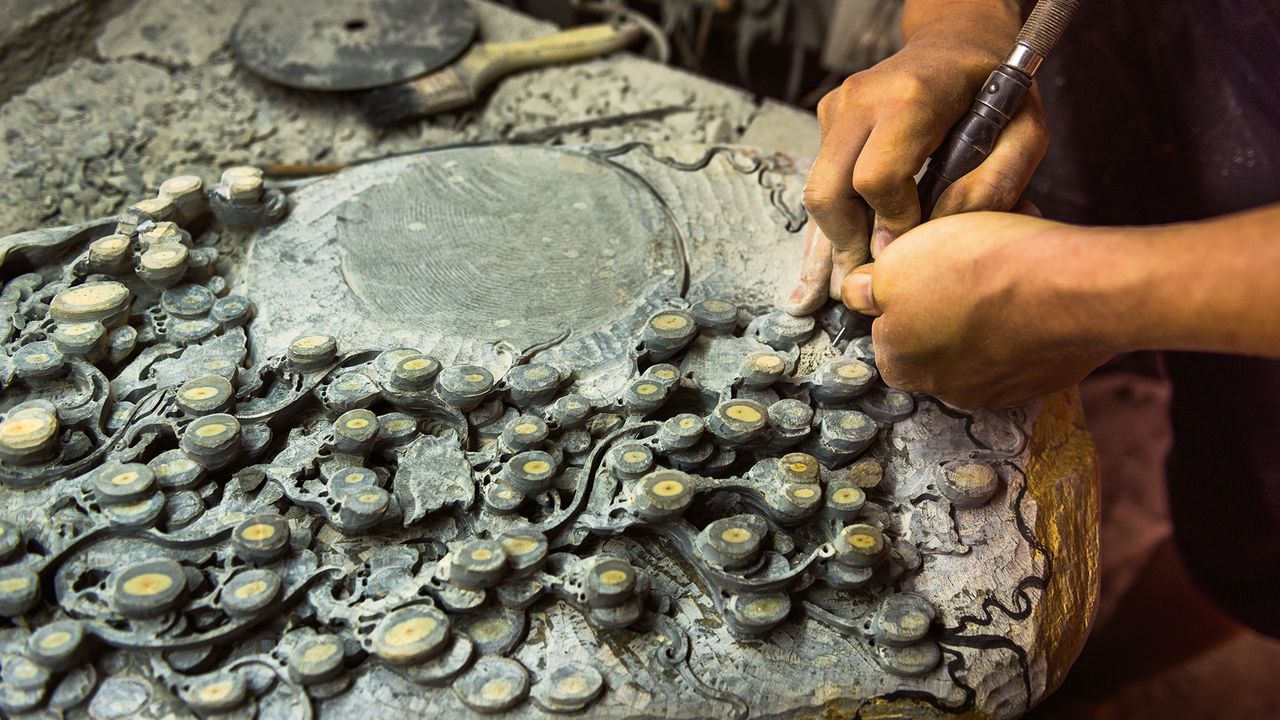 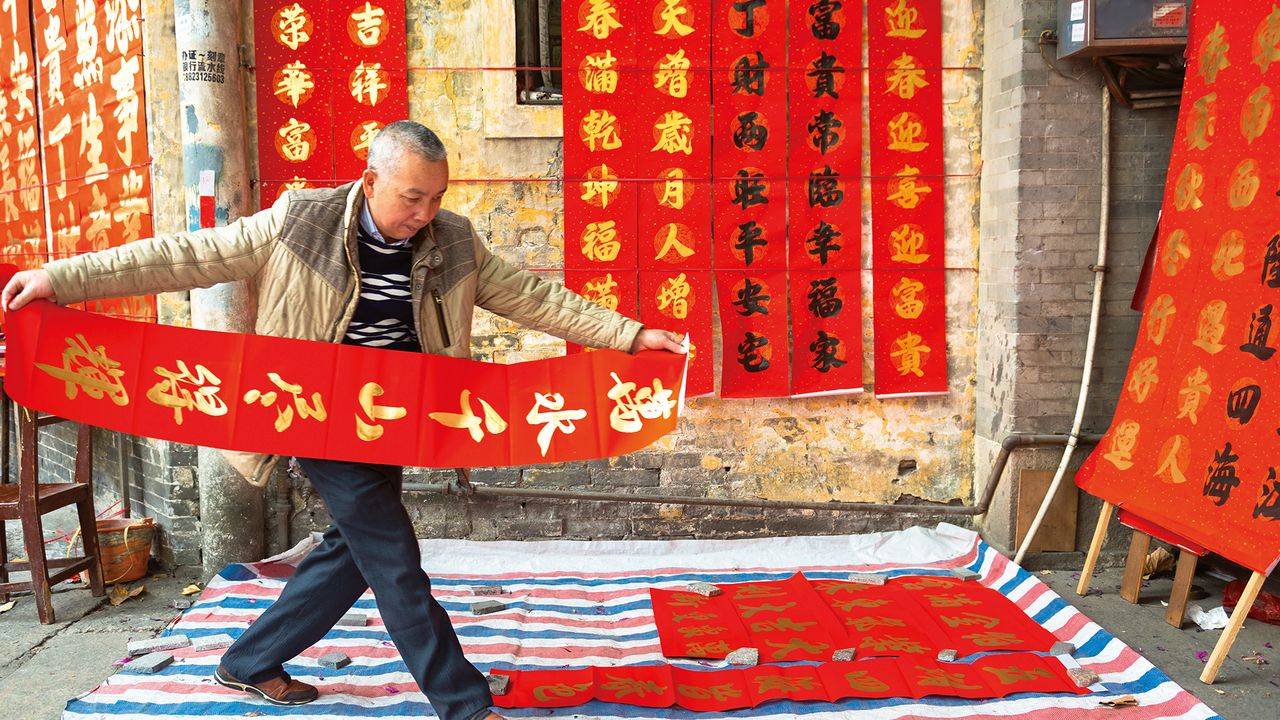 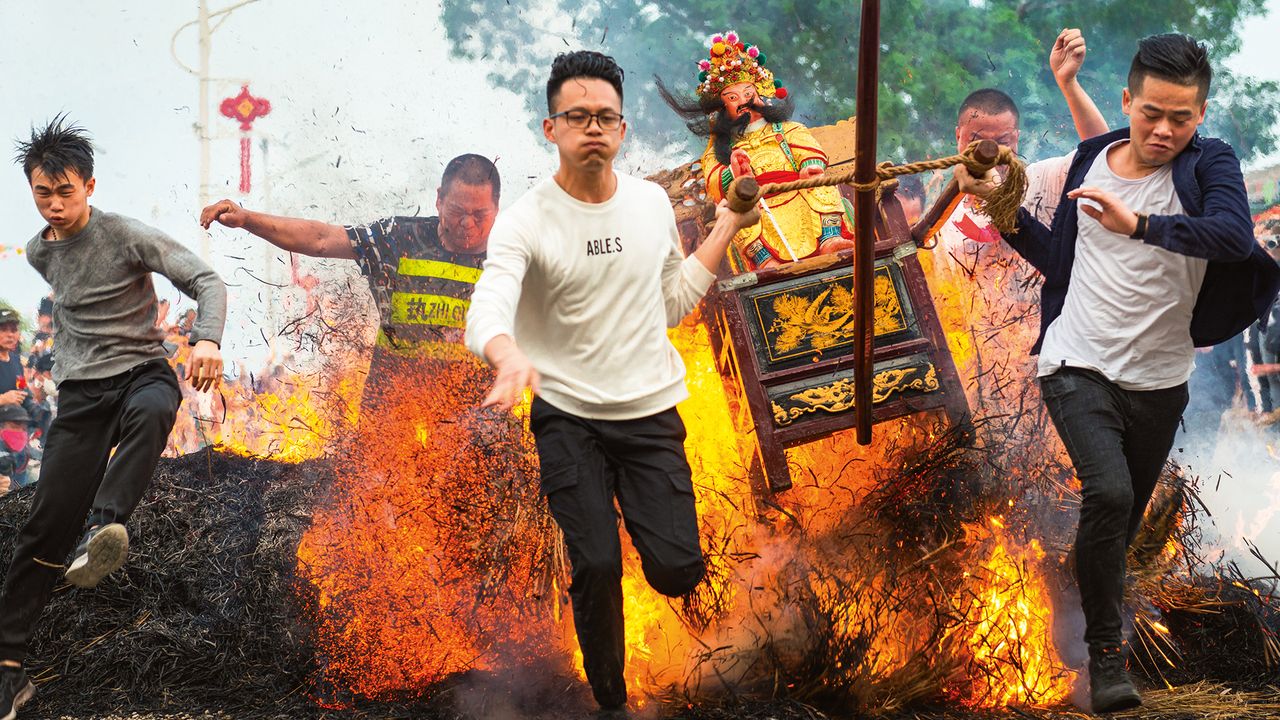 “Tests of Faith”: Villagers in parts of southern China carry their gods through a series of bonfires as a Lantern Festival tradition (Puning Guangdong, Province, March 2018) 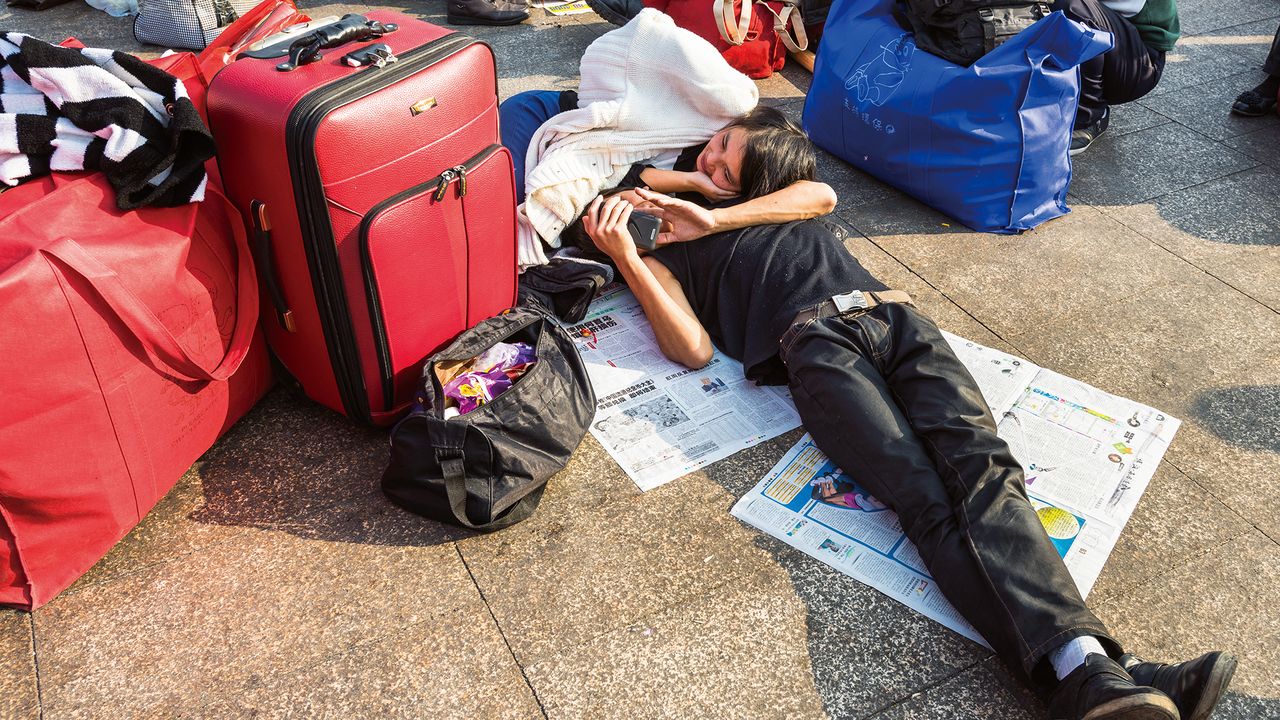 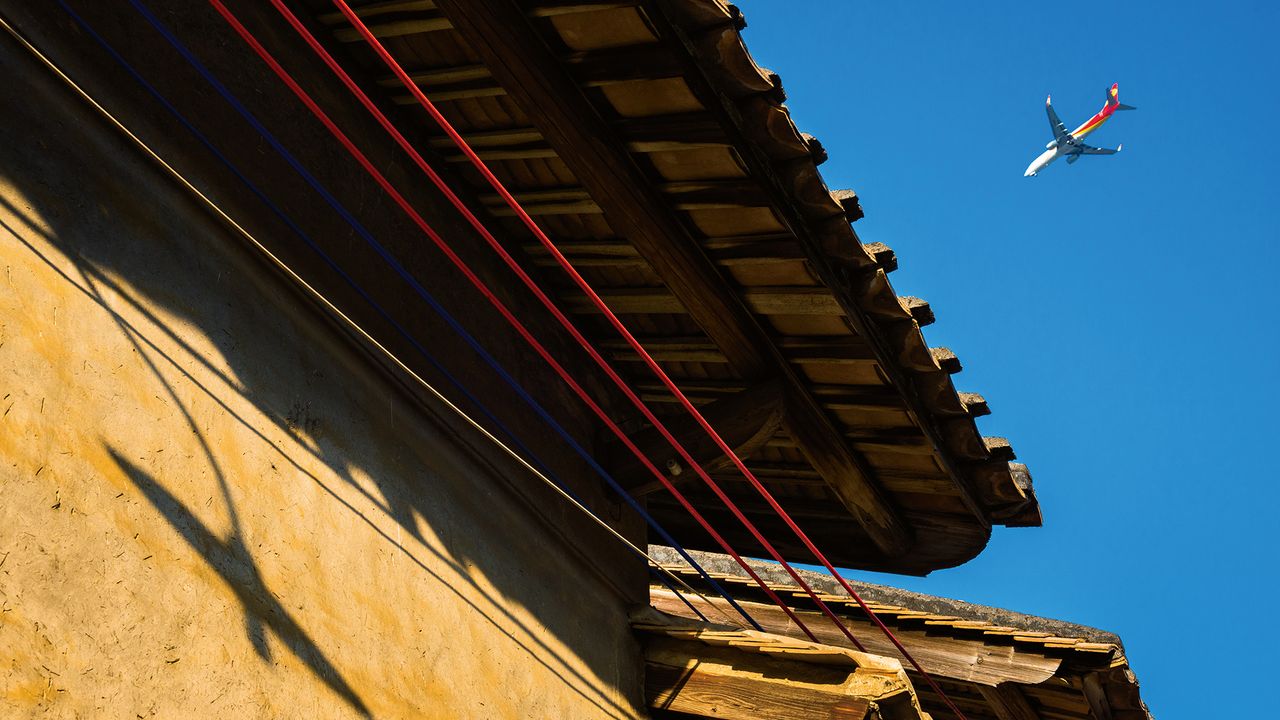 “Shadows on the Wall”: A plane’s reflection on an ancient dwelling contrasts the traditional and modern in China (Guangzhou, Guangdong Province, January 2019) 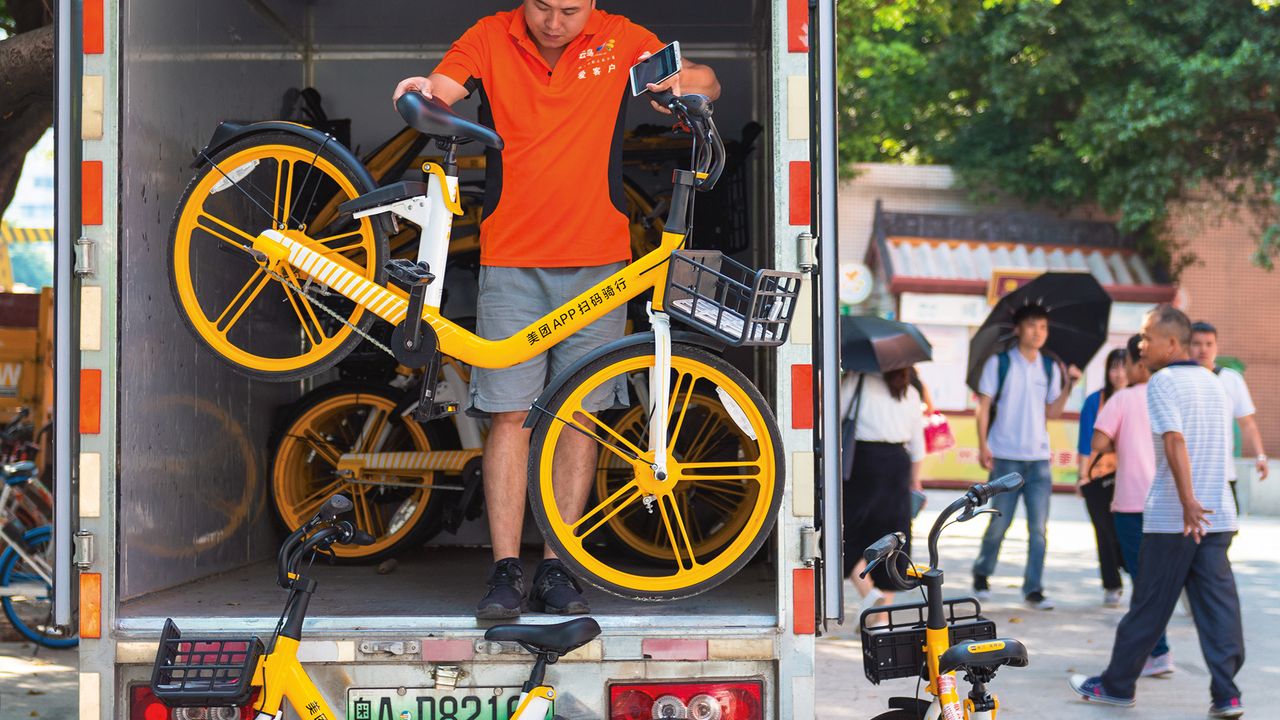 Enter Our New “Most China” Photo Competition is a story from our issue, “Lessons For Life.” To read the entire issue, become a subscriber and receive the full magazine. Alternatively, you can purchase the digital version from the App Store.