Finding vegan cuisine in China is notoriously tricky, especially if you don’t live in a monastery. Despite chic Buddhist restaurants proliferating in first-tier cities, vegetarian and vegan food faces challenges going mainstream. In honor of Vegan Month this November, we bring a list of Chinese dishes made vegan-friendly.

With the way that shells of dried pumpkin seeds are strewn across the tables of tea houses across the country, it can be difficult to imagine that one of China’s favorite foods, the pumpkin, is not native to the country. Imported during the early Ming dynasty, the pumpkin was originally viewed as something of a luxury item.

Since the 1990s, the domestic output of the pumpkin in China has more than doubled. But the Chinese aren’t exporting jack-o’-lanterns around the world: they are eating them at home. Get into the autumn season with these delicious Chinese pumpkin recipes.

Pumpkin cakes are a traditional dessert that few can resist, especially when they are warm and crunchy. Whether the ones you order at a restaurant have abstained from using animal fat is anyone’s guess, but you can easily make your own. This vegan-friendly recipe requires only six ingredients. You can try replacing the breadcrumbs with Japanese panko for a healthier option (it is less caloric and soaks up less oil when frying.) 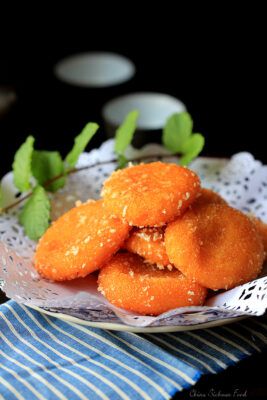 Egg is an integral part of Chinese cuisine—as the tomato-and-egg stir-fry, century preserved eggs, and a plethora of other egg-based dishes attest to. Salted egg yolk has recently made waves in some culinary circles, being described as “Asia’s answer to parmesan.” Pumpkin stir-fry with salted egg is a popular comfort food in Taiwan. Vegan substitutes for the salted egg yolk are few on the internet (apart from for this time-consuming recipe), but chickpea scrambles have a similar consistency. Home chefs beware: finding the secret ingredient for “vegan eggs,” kala namak (Himalayan black salt), may be difficult to get in China. 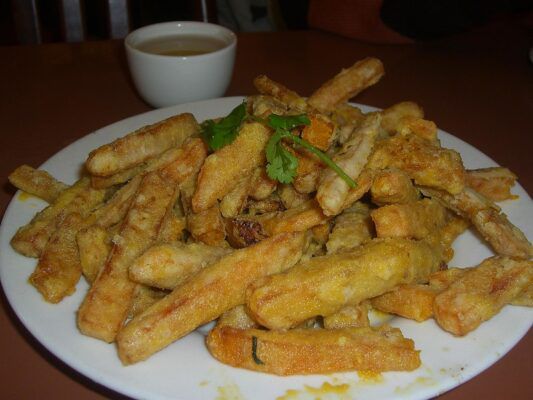 In Chinese Traditional Medicine, pumpkins have several medicinal properties, including expelling cold and dampness. With “medicinal diets” on the rise, pumpkins are becoming a favorite for driving away the fall and winter cold. Pumpkin and pork rib soup often includes Chinese red dates, another TCM food known for improving blood circulation. The meat in this traditional recipe can easily be left out. Consider getting a richer flavor by substituting vegetable broth for water, or adding extra ingredients like bamboo shoots, tofu, leafy greens, or even chestnuts. 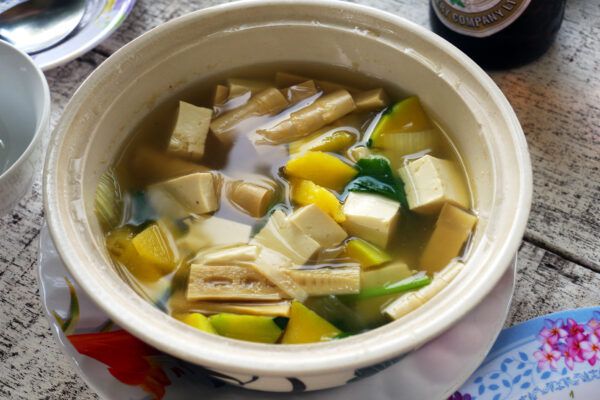 Chinese sausage (often known by its Cantonese name lap cheong) is much sweeter than its Western counterpart, making it a hearty addition to pumpkin dishes. Luckily, vegan options for lap cheong are easily purchased on the internet marketplace Taobao, making a meatless option of this mouth-watering recipe (note: in Chinese, but with descriptive photos) extremely easy. Paranoid that those vegan sausages might have been prepared and packaged in the same facility as animal products? This recipe for a mushroom-based lap cheong might be exactly what you are looking for. Have you ever tried a pumpkin dumpling? Maybe if you have been to China’s northwest Xinjiang region. Also known as kawa manta and said to be influenced by Turkish cuisine, these dumplings normally are filled with pumpkin and lamb (or just mutton fat, supposedly to add to the juiciness.) Meat in your pumpkin dumplings is entirely optional, though, as this vegan-friendly steamed pumpkin dumpling recipe shows. 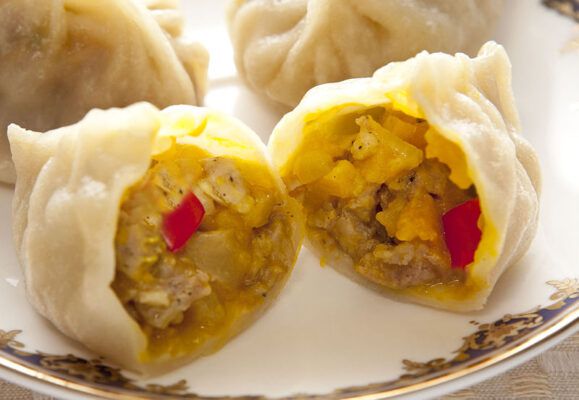 A bit of carrot, coriander, and tofu will give you the meat experience