The numbers don’t lie: Though this year TWOC covered a plurality of hot topics from celebrity impersonators to nightclub racism, migrant travails to beach vacations, rental scams to Peppa Pig, tax scandals to viral stores…family matters and millennial culture seemed to have struck a special chord with our readers. Find these and your other favorite reads of the year in the list below.

Missing your personal Top 20? You’ve got a few hour left to drive up their clicks…

20. Too Hot to Work—In a viral video, a panhandler explains why she is on the street

19. Sad Sangs—丧 (sàng), a Chinese character associated with funerals, has become the label for a subculture of disenchanted and unmotivated millennials

18. Bean Scenes—For young Chinese who haven’t abandoned all hope, though, cafes are becoming social hubs for those struggling with overwork and a lack of living space in the city, as this cozy photo story shows

17. Forty Years of Family Planning—In 2014, the one-child policy was “relaxed,” though the long-term consequences of the notorious rule are still being debated. Photos of family planning slogans from Chinese villages show changes in the state’s family planning rhetoric through these 40 years

16. No Baby, No Cry—While we’re still on the topic of family planning, delve in to the world of “DINKs” (Double Income, No Kids), couples that eschew tradition and adopt child-free lifestyles

15. Court Confidential—Social credit and “big data” were buzzwords in China this year, but as early as the Ming dynasty (1368 – 1644), emperors had already been secretly mining data to make the country run as efficiently as possible

14. The Noughty Nineties: The Gay Activist—Part of our cover story on China’s newest youths to come of age, this story profiles a lesbian activist as she (and others) discusses what it’s like to grow up and come out as part of the “post-90s” generation

13. Ghosts of Guanlan—A centuries-old Hakka village near Shenzhen is gradually being abandoned, but its watchtowers and walled courtyards still attract adventure-seekers to explore its unique history

12. Appy Feet—China’s estimated 100 million “square-dancing dama” are not just a controversial subculture, but a potential gold mine for tech entrepreneurs wanting to promote square-dance apps and brands…if they can convince these penny-pinching seniors to spend

11. The Unforbidden—Offering VR technology, trendy souvenirs, and online ticket sales, the 600-year-old Forbidden City is trying to become an attraction of the modern age; however, bureaucratic red tape means that only 75 percent of the palace has been opened to visitors

10. Chinese Movie Translations: Spring 2018—Translations are a never-ending source of amusement (as are back-translations). Continuing our tradition from Fall and Winter 2017, TWOC rates cinematic titles like Dream Travelogue, Mysterious Town Murder, and Bull Adventure (can you guess their actual titles in English?) 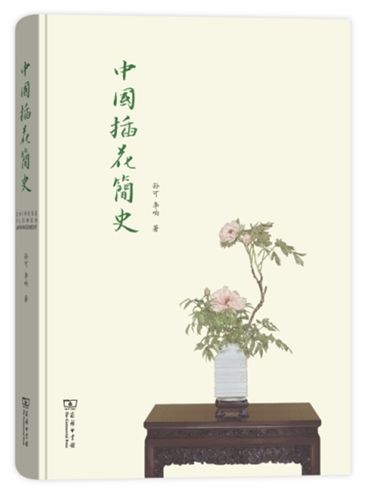 A Brief History of Chinese Flower Arrangement, by Su Ke and Lixiang

7. New Variety Shows of Spring 2018—New year, new shows: Which were your favorites?

6. How is autism treated in China?—More than just medical treatment for autism in China, this post shows the difficulties the autism sufferers and their families face, including financial hurdles, diagnosis difficulties, and education about the condition (and lack thereof)

5. Viral Week Ep. 147—Was it the CFA tattoo ban, Cao Cao’s tomb, pushy kid, or bitter ex with bitcoin that was responsible for the popularity of this March installment?

4. Con Country—TWOC reviews the English translation of The Book of Swindles, a Ming-era collection of well-known cons and scams proving that nothing has changed in 500 years

3. The Noughty Nineties—The oldest of China’s “post-90s” (jiulinghou 九零后) generation was born before the country had internet, while the youngest became legal adults this year. Through a mix of personal stories and infographics, TWOC delves into cultural and social anxieties of China’s newest parents, bureaucrats, migrant workers, and activists in an uncertain era

2. Hair Razing—The second wife of the Qing dynasty’s Qianlong Emperor had a busy summer, with a key role in two TV series. Both offer solutions to an enduring mystery: Why did this rebellious empress cut her hair? And was she a rare feminist figure in imperial history?

1. The ‘Ex’ Factor—Chinese cinema-goers have spoken: Exes are more interesting than lightsabers. TWOC reviews low-budget sequel that beat out The Last Jedi at the January box office, and tries to explain its escapist appeal